On Wednesday, October 2, we gathered together with a group of PCC Farmland Trust donors at the Phinney Center Community Hall for an intimate conversation about Washington farmland. PCC Farmland Trust Executive Director Melissa Campbell and organic dairy farmer Ryan Mensonides discussed the biggest threats to farmland, why protecting land matters now more than ever, and what the bright spots are for agriculture here in Washington. Listen to a recording or read an edited version of the conversation below.

What is the state of the organic dairy industry?

Ryan: We chose organic for the sustainability and pricing. We’ve come to really love and appreciate what organic does for the cows and for the ground. That said, the industry has been pretty bleak the last few years with milk prices dropping. There are a lot of big players who jumped into the industry and put on a facade about what was going on on their farms when it wasn’t. My wife and I have advocated for organic regulations in the House and the Senate. Legislation passed recently which will help rules that have always been in place really be enforced.

When things get big you lose some of the quality and value in that. I can’t compete with the big guys on efficiencies. But that’s why having affordable land that we can actually farm thanks to PCC Farmland Trust is so critical. It gives us hope to move forward, be sustainable, and be feasible.

As far as the dairy industry generally, this country has the highest dairy consumption we’ve seen in 57 years, which is fantastic. Milk consumption on a daily basis, however, has dropped significantly.

How did you find PCC Farmland Trust?

Ryan: I always had my eye on the Mountain View Dairy property in Graham. I did a few Organic Valley tours and PCC Farmland Trust staff came to one of them. We talked about conservation and I brought up the Mountain View Dairy project, which was already on their radar. I expressed our interest and to prove our commitment to the property we went to the current landowner who planned to develop it and told them about PCC Farmland Trust. We started leasing from them at a loss to prove our dedication, and began transitioning it to organic.

Melissa: For us what really tipped the balance on the Mountain View project, motivating us to take a leap of faith, was Ryan and Haylee. Just having them there, farming the ground, and at that scale — it helped us take a risk. Having that trust and commitment built in, it helped us say “let’s make this leap together.” It was a much easier conversation for our staff and board, too, having such a great relationship with Ryan and Haylee, and the confidence that they’d hit the ground running and make it a success.

Ryan: My wife and I are so grateful for the ways in which PCC Farmland Trust has gone out on a limb for us. It takes a tremendous amount of capital to bring land back into production like we’re doing with Mountain View — it’s a long process and having support from PCC Farmland Trust has been great for us as farmers. It’s a big deal for us and our kids.

Melissa: To put a fine point on that, we really see that as our mission. That’s why we exist. It’s absolutely about partnership, and that’s the only way we see our way through this critical time of skyrocketing land prices, aging farmers, and extreme urbanization — working together to troubleshoot, property by property, region by region.

The dairy industry seems to be overwhelmed by alternative milk products. Do you see an opportunity for diversification?

I’m on the Western Organic Dairy Producers board and this is a huge topic. In short, yes, our goal is definitely to diversify. We’re growing hemp for CBD through a Washington State pilot program. Hemp grows well on ground that’s been fallow so it seemed like a great new product for us.

We had soil samples done and some of the soil is already really high quality. It sat fallow for 40 years so it’ll take time to bring it back, but I’m very excited for the potential of this farm. We could grow pumpkins or produce. The potential is amazing.

That said, it’s a lot to start a new venture. And that’s part of what I’m trying to teach the public through my Facebook videos. It’s 1.5% of us that feed the rest of ya’ll. We want you to see how food is really grown. We want you to come out to our farm, ask us questions, see behind the scenes — some of it mundane, some of it uncomfortable. We want people to know what actually happens on the farm.

What’s the goal for PCC Farmland Trust? Is there an acreage goal? What’s your vision?

Melissa: The short answer: as much as possible as fast as possible. We’re trying to keep pace with what’s happening in this region.

The near term goal, though, is to protect 10 farms, 1,500 acres in one year. We’re moving at a fast clip. I was just reminiscing with my colleague of eight years about the days when we just protected one farm per year. But now we have 10 farms in the queue and we’re well on our way to achieving that goal, which is great.

Our longer term goal is to continue to protect land based on specific priorities in regions up and down the I5 corridor. We have different acreage goals depending on where we’re working. But over the next 5 years, it’s the Puget Sound region as that is where we have really viable farmland and fertile valleys. We’re constantly thinking about need, opportunities, gaps in services, how we can be a great partner. And we couple that with targeted watersheds that have high threat, but an agricultural history and intact infrastructure.

As we look ahead 10 or 20 years, we’ll have a strategy to guide our conservation work statewide.

Are you working in the Skagit Valley?

Melissa: We are, but in a unique way. In 2018, we launched Farm to Farmer — a program designed to match people who have land with people who don’t have land. This is increasingly a need as people don’t have access to land even if they come from a multi-generational farm family.

We launched the program to be a good member of the community by offering networking opportunities and direct support, but also because keeping land in production is the front line of conservation. Once land goes out of production, that’s when the for sale sign goes up. If we can keep people on land, we think that’s the first line of defense for conserving it.

So we’ve provided Viva Farms, a farm business incubator in Skagit, with the tools they need to run Farm to Farmer in their community. So yes, we’re working in Skagit but not through conservation — yet!

Ryan: I’ll just add, land transactions happen so fast. There was a farm for sale down the road from me, and it was sold to a developer in two weeks because a potential farm buyer was sick in the hospital. I wish I knew about this farm so I could buy it and protect it. Having that open communication between farm buyers and sellers is so important.

What is the status of the 23 farms you’ve protected?

Melissa: It really varies. We have folks that are doing really well, and others who are having a harder time, but it’s really a year by year thing. Last summer some farmers had to deal with smoke ripening their product in the field, whereas that wasn’t an issue this year. We work across the spectrum of the industry, from row crops to livestock to dairies, so we really see the dips and dives that come with that, unfortunately.

What do you see as far as climate impacts on farmland?

Melissa: We’ve seen drought, increased rainfall, sea-level rise — you name it. One of the farmers we work with lost $100,000 in crops earlier this year due to the latest snowfall he’d ever seen. He had already contracted for his purple sprouting broccoli but a flock of geese ate them overnight because their usual forage had been covered by snow for so long.

Ryan: The more our climate changes the more we’re going to need to rely on locally grown foods. The hauling stuff overseas thing, the footprint of that when you can just go down the road and buy local strawberries, it’s just insane. We have tremendous farm ground here. And on the Eastside. The more we focus on trying to be local and sustainable and allowing for the growing population to buy here, the better off we’re going to be as a society.

In addition, did you know that we can actually absorb carbon through pastureland in a better way than forested trees? Pasture will suck in carbon, rather than store it in the leaves like a tree that can catch fire and let it all go — they store it in the roots. Part of those roots will rot and die, and then that carbon will go into the ground.

So considering we’re a dairy and we focus on pastureland, we have the potential to capture more of that carbon. Those are the types of things we’re going to have to do.

What kind of relationship do you have with the Washington State government? Are they on board with farmland conservation? Are they skeptical?

Melissa: We work with several agencies within the state government, some of them fund our work. The Department of Agriculture specifically is highly supportive of farmland conservation and the land trust movement generally. We work with the Recreation and Conservation Office, the Department of Ecology, several agencies — mostly through a funders relationship, which is super helpful. For easements we need two sources of funding, so the more conversations we can have with state departments the better.

Ryan: I want to have a good relationship with local government. We’ve been having much more open dialogue as of late. We’ve been funded to add LED lighting, irrigation, gutters to divert rainwater, all sorts of projects. Folks like the Natural Resource Conservation Service and others have been great to work with. They’ve been working with us to work through real challenges rather than just enforcing regulations that don’t make sense for the realities of running a farm.

Are there any volunteer opportunities for either of your organizations?

Ryan: We need childcare. All the time. [Laughter]

Melissa: We host restoration work parties on farmland we’ve conserved — we plant trees, pull blackberries. We have an event coming up on November 9 in Puyallup at Four Elements Farm. You can learn more about our volunteer opportunities at pccfarmlandtrust.org/volunteer.

As we approach the giving season, learn more about exclusive donor perks like this event. 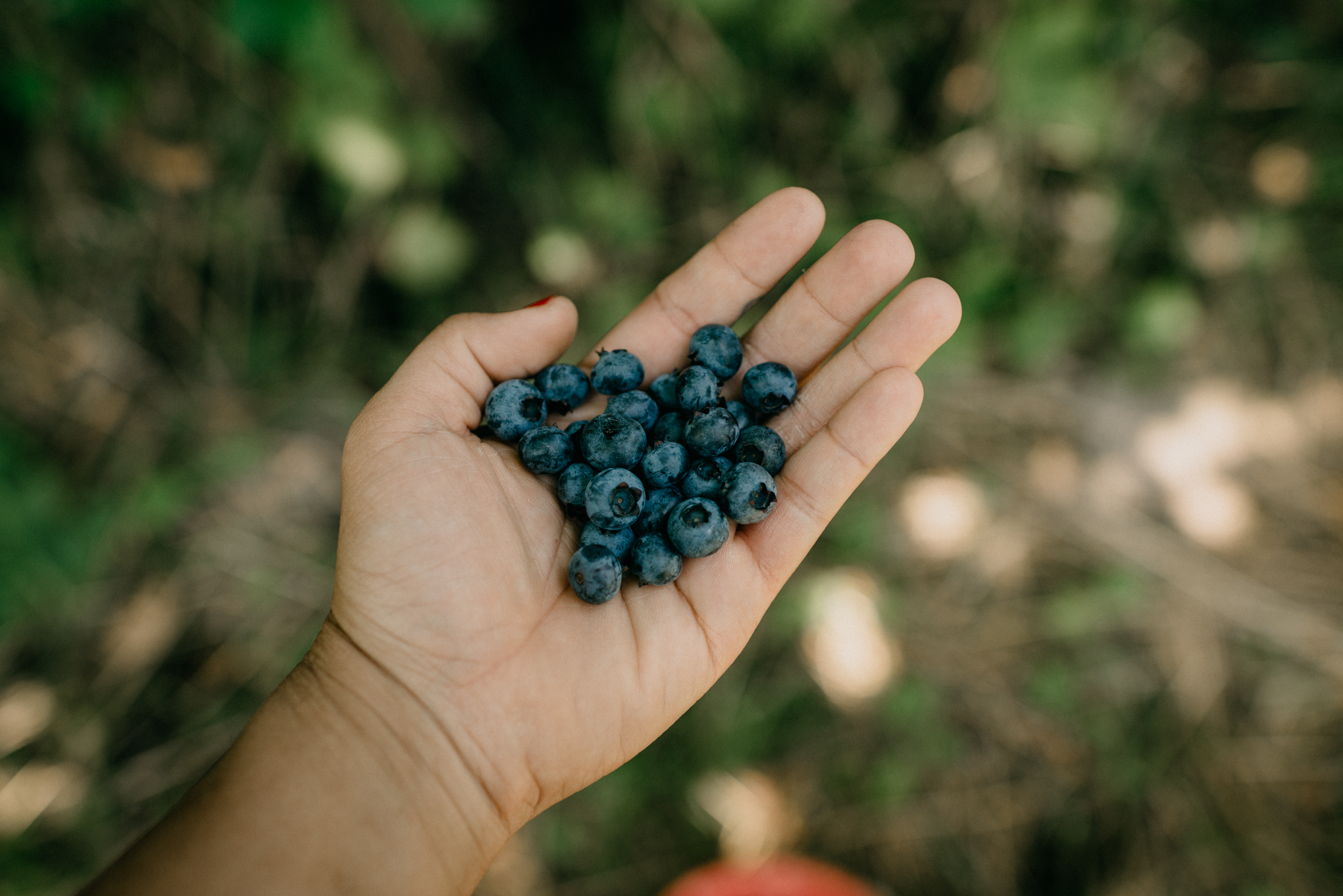 GiveBIG is this week!Give for local farms today.
Donate now 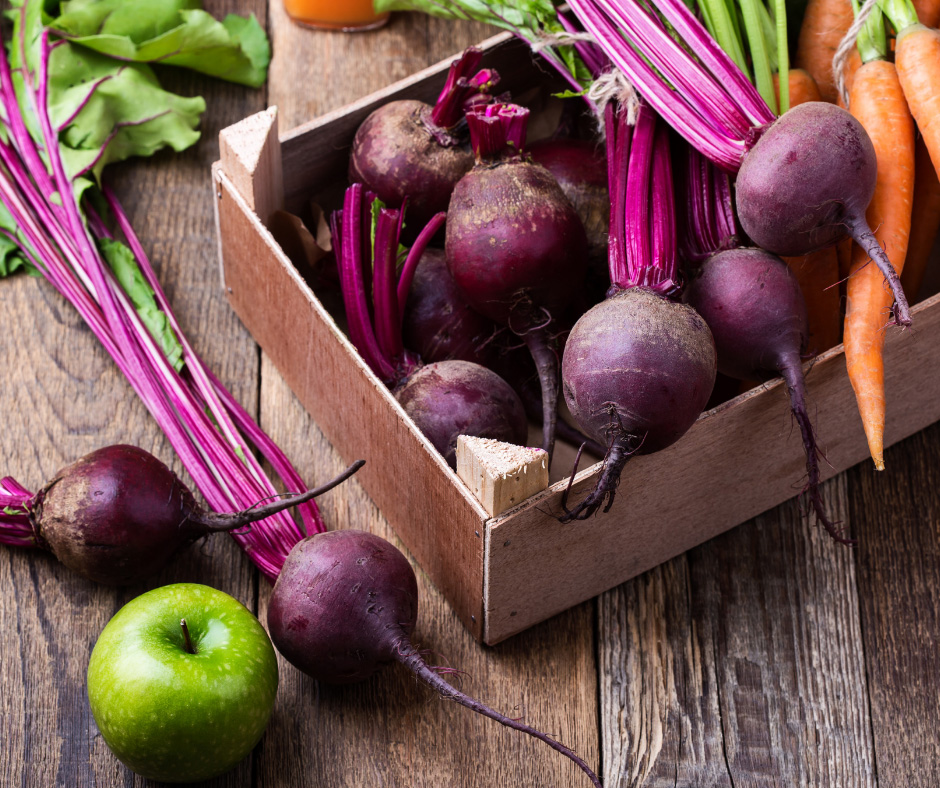 Make a gift for local farmers